If it’s February and love is in the air, you know what week it must be! No, not only Valentine’s day - but National Condom Week! 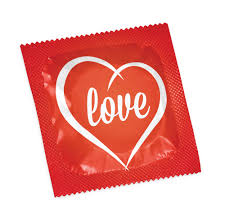 The week of February 14-21 marks National Condom Week, and NCSD would like to use this as an opportunity to emphasize the importance and effectiveness of condom use in maintaining a healthy and happy sexual lifestyle.

With the average single condom costing around $0.45, and an effectiveness rate of 98%, condoms continue to be the most affordable and effective method of protection and prevention when engaging in sex. Condoms should also be used in coordination with birth control and PrEP as a reliable prevention tool to protect against pregnancy and STDs, including HIV.

If variety is the spice of life, then condoms are the salt and pepper of sex! Coming in all sorts of shapes, colors, textures, and sizes, there is truly a condom for just about anyone and everyone. Additionally, internal and external condoms provide a reliable method of protection for every type of partner. Try sprinkling in a few different condoms in your routine to give it an extra kick!

Despite the numerous benefits of condoms, many people still choose not to use them. Only 39% of high school students are taught how to put a condom on, and 20% of sexually active teenagers use them in coordination with other birth control and prevention methods. NCSD would like to emphasize the importance of not just using condoms as a birth control measure, but also to prevent harmful STDs. Populations that are on PrEP, are MSM, and/or partake in anal sex  may not be at risk for an unwanted pregnancy, but do face higher odds in contracting STDs and HIV, especially when a condom is not used.

To further highlight the importance of condoms, and in honor of National Condom Week, NCSD has teamed up with Trojan™ Brand Condoms through our Condoms (STILL) Work! campaign to provide a free shipment of 35,000 condoms to AID Atlanta, located in Atlanta, Georgia.

AID Atlanta has been providing HIV/AIDS-related services, care, and education since its inception in 1982.  The agency was established in response to the devastating impact that HIV/AIDS was having on gay men in Atlanta.  The mission of AID Atlanta is to reduce new HIV infections and improve the quality of life of its members and the community by breaking barriers and building community. AID Atlanta currently offers HIV/AIDS prevention and care services, including (but not limited to) Primary Care, HIV/STD Screening, PrEP Services, Community HIV Prevention Programs, Linkage Services, Case Management, and a state-wide Information Hotline.

In HIV outreach and education, AID Atlanta continues to actively work in communities of high impact to reach those most at risk of HIV and/or living without knowing their status. In 2017, the organization provided a total of 10,363 HIV tests, and 11,032 STD screenings. Additionally, AID Atlanta is often the only source of condoms for many of its constituents, and the free condoms provided by Trojan Brand Condoms will go a long way in increasing access to the communities that need and want condoms.

NCSD, AID Atlanta, and Trojan™ Brand Condoms are organizations that know the value of condom use and want to make a difference in the field of public health. We hope that this February, in addition to chocolates and flowers, you get yourself or a loved one the gift that keeps on giving (or receiving): Condoms! With questions about this blog or Condoms (STILL) Work!, contact Neil Rana.