Condoms Offer Pregnancy and STD Prevention, and They Feel Good Too

Generations of adults have trusted condoms to protect them and the reliance on this trusted method just keeps growing. 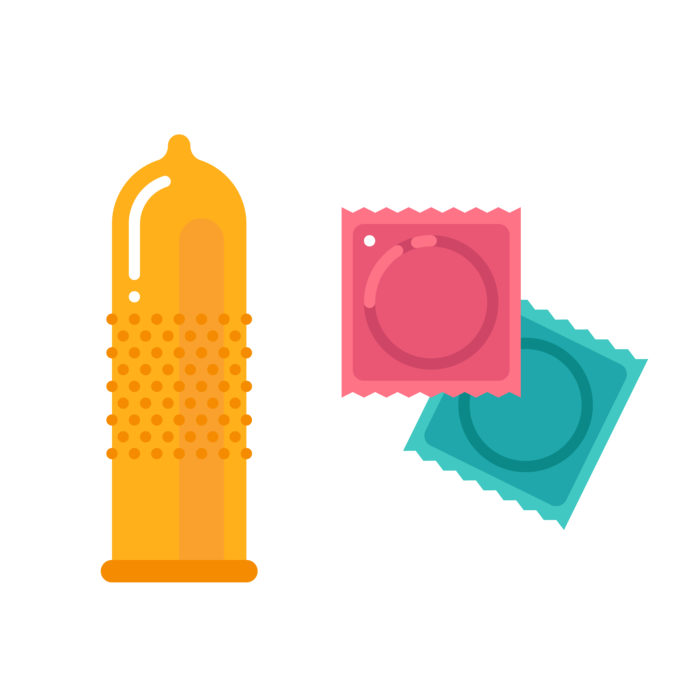 Generations of adults have trusted condoms to protect them and the reliance on this trusted method just keeps growing. Between 1955 and 1965, 42 percent of adults in the United States said they had used condoms for contraception. Today, 95 percent of women who have had sexual intercourse say they have used a condom at some point in their sexual lives.

Unfortunately, while condoms have been long trusted for prevention, they’ve gotten a lot of bad press over the years as well. The idea that condoms zap sexual experiences of spontaneity and pleasure is particularly common.

As a sexuality professor, I hear the same rumors, myths, and negative preconceptions about condoms every semester. I admit it is pretty frustrating because I know that condoms are safe, effective against both pregnancy and disease, and can even be fun.

Condoms Are the Only Contraceptive Method the Prevents STDs
Condoms remain the only method of contraception that also provides protection against STDs. This is why condoms are important even for couples who are not worried about preventing pregnancy such as those who are using other contraceptive methods or men who have sex with men.

Condoms provide protection against all three of these diseases as well others like HPV (a virus that can cause genital warts and/or certain types of cancer) and HIV (the virus that causes AIDS).

As part of ongoing prevention efforts, NCSD has partnered with the manufacturer of Trojan Brand condoms to make more condoms available at health departments across the country. Trojan has donated over 740,000 condoms and close to 200,000 lubricants to NCSD health department members and partner organizations this year alone. This adds to the over five million condoms that Trojan has donated to NCSD partners over the last few years. And, the company has committed to donating at least one million condom per year to health departments across the country over the next ten years.

Condoms Really Work to Prevent Pregnancy – When Actually Used
Those couples that also need pregnancy protection should also know that—if used the consistently and correctly (the right way, every time you have sex), condoms are 98% effective at preventing pregnancy.

This fact, however, sometimes gets lost because explanations of condom efficacy and “typical use rates” can get unnecessarily confusing. Typical use rates are calculated by following 100 couples who name condoms as their primary method of contraception. Research suggests that 18 of these couples will experience an unintended pregnancy in the first year of use. So, after some simple math, researchers say that condoms have an 82 percent efficacy rate. This is a little misleading because it includes couples who say they are condom users but actually were NOT using a condom when they became pregnant. Obviously, we can’t blame a condom that never made it off the drug store shelf or got left in a drawer.

The take away messages here is that condoms can be extremely effective when couples are committed to using them.

There are Innovative, New Condoms that Help Add to Pleasure
Perhaps the most persistent misperception about condoms is that they take the fun out of sex. While this may have once been true—the linen condom used in the 1500s to prevent syphilis were probably pretty rough on the skin—today’s condoms are much better than those from even 10 or 20 years ago and new innovations can add to your pleasure. The only way to prove that condoms are actually fun is to try them yourself. Here are some ideas to help you know which ones you might like. As a member of Trojan’s Sexual Health Advisory Committee, I am most familiar with their condoms and the innovations they have made in recent years. But there are many brands available online and on pharmacy shelves so keep looking until you find a favorite or two or three.

Condoms are inexpensive, easy to obtain, and effective against both pregnancy and STD.  Using a condom can make sex more pleasurable—knowing you’re protected can help you relax and enjoy the moment. Almost all sexually active people will use this method at some point in their lives—whether it is as their first method, their primary method, or as a temporary method between relationships, while settling on a different contraceptive, or after having a baby.

It’s time for us to start giving condoms the respect that they deserve after centuries of protecting our health and our families. One way to start is by trying out some of the new ones and telling your friends how fun they can be.