My Journey with HPV in the Face of Stigma

STD Voices is an NCSD initiative aimed at empowering the voices of people living with or affected by STDs. 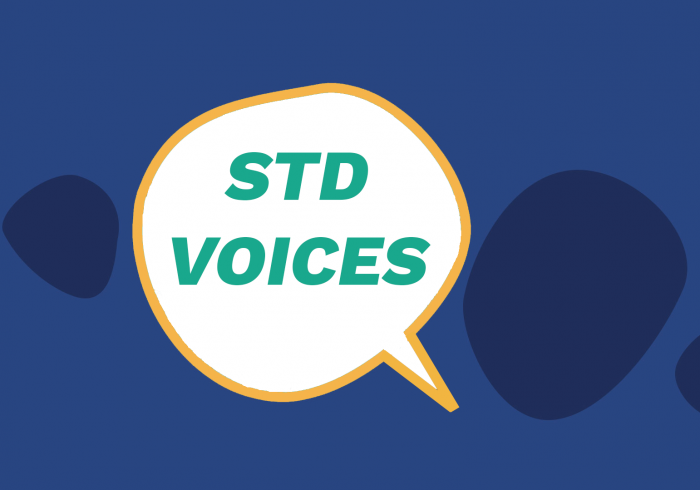 When most folks think of the letters H, P, and V strung together they’re relatively nonplussed. HPV, which stands for the human papillomavirus, is an infection most folks have heard about, but it seems like an abstract issue that just affects some people. And those some people are never you. Despite the public service announcements vying for your attention or the advocates touting the benefits of early vaccinations, HPV doesn’t seem like a problem or a concern to the general public. And it isn’t, necessarily, but it does affect most people.

HPV can be found anywhere on the body, from warts on our fingers and toes, to abnormal cells on or inside our genitals and reproductive areas. This is why there’s some confusion about HPV because it’s transmitted both sexually and non-sexually, but as soon as you tack on three more letters to an HPV diagnosis – STI or STD – folks clam up. The term sexually transmitted infection/disease (STI/STD) accompanies immense shame and stigma, so the fear is understandable, albeit largely misplaced.

I’ve had HPV at least 3 times in my life, but likely more. Two of those times, it was transmitted non-sexually, and the other one, sexually. Does that shock you or gross you out? It shouldn’t, really, because HPV is so common that 80% of all people will have at least one form of HPV by the age of 50. Yes, 80%. I don’t typically identify as a part of the majority – I’ve always considered myself a bit of an outsider – but in this instance, I’m part of the masses, and if you’ve had HPV, you are too.

As a child, I got warts on my hands and toes. Mom took me to the doctor’s office to get them removed, and we tried various approaches, from over-the-counter creams to having them frozen off, but ultimately, we just had to wait until my immune system was able to combat the virus. At the time, I hated them because they looked weird to me, but now I know that they weren’t a big deal. There are over 100 strains of HPV and in general, they can be broken down into two categories – low-risk and high-risk. The low-risk strains can cause warts, and the high-risk strains can cause cell abnormalities, and in rare cases, the cell abnormalities can lead to cancer. Both categories of HPV can be almost anywhere on the human body, and because HPV is transmitted via skin-to-skin contact, as a child, mine was on my hands and toes.

In my early 20’s, I had my first experience with a high-risk strain of HPV, but I didn’t know it at the time. This is where my story takes a hard-left turn because I’m still a little salty about this. After a routine physical and exam, I was notified that my pap smear results were abnormal. However, I was quickly assured that abnormal pap smears were “normal” (read: common), and it was nothing to be worried about, but could I come back in for a colposcopy (a biopsy of the abnormal cells). So, I did. The colposcopy was slightly uncomfortable, but nothing a little Tylenol couldn’t alleviate, and I went about my day. Later, I was told the results of the colposcopy were “normal” – whatever that meant to them – but I would need to come back in for another pap smear in 6 months to make sure everything had resolved. (Most high-risk strains of HPV resolve on their own over time.)

No one – not the nurse, the doctor, the lab technician – literally no one told me that abnormal pap smears are caused by high-risk strains of HPV. UGH! From my perspective, this was at best, a missed opportunity and at worst, egregious.

Can you imagine how STIs/STDs would be viewed if folks understood that nearly every sexually active person contracts an STI/STD at some point in their lives?

I wanted to know why I had an abnormal pap smear, and I trusted that my practitioners were competent, thorough, and providing all the relevant information, but they weren’t all of those things. They didn’t allow me an opportunity to choose how I would perceive the news and how I would move forward with that knowledge. Instead, they choose for me, and their choice was to keep me in the dark. To one extreme, this could be viewed as a violation of consent and a deviation from the Hippocratic oath, as it’s long been understood that patient knowledge improves health outcomes. On the other end, this behavior is commonly justified by practitioners with limited resources to adequately answer complex patient questions and a misguided, yet somewhat understandable belief, that telling folks they’ve contracted an STI/STD will cause more harm than good.

The outcome of this omission was that I didn’t discover I had had HPV until years later, when I launched The STD Project. During The STD Project’s research and discovery period, I learned that my abnormal pap smear and resulting colposcopy was necessitated by an HPV infection. And I was appalled – not because I had another STI/STD (I am living with genital herpes), but because I felt betrayed by the practitioners I trusted.

I truly believed and still do that this reticence to fully disclose cause and effect, due to limited resources or perceived psychological benefit, is one of the many reasons STIs/STDs still carry immense stigma. It wouldn’t be as scary as it is now. Sure, no one would be volunteering for a new infection, just like I’m not volunteering to catch a cold or the flu, but we would recognize that they happen, and they’re usually no big deal.

In 2012, Jenelle founded The STD Project and its child sites. She is now The STD Project’s Executive Director; the Founder of the herpes activists network, HANDS; and the Spokesperson for Positive Singles. Jenelle is also a Tri-Chair of the Communications Action Group at the National Coalition for Sexual Health (NCSH) and a member of the International Union Against Sexually Transmitted Diseases (IUASTD), the American Sexually Transmitted Diseases Association (ASTDA), the National Coalition of STD Directors (NCSD), and the National Viral Hepatitis Roundtable (NVHR). Read more from Jenelle here. Want to be a part of tackling the stigma around STDs? Do you have a story to share? NCSD would love to feature you in our ongoing STD Voices series – a new initiative to raise up the voices of those affected by STDs in a collective effort to confront the shame and stigma associated with STDs. Please reach out to Matt Prior, Director, Communications, with any requests or questions.

My Herpes: From Shame to Empowerment

Part 1 of the STD Voices Series.

Where to find NCSD at USCHA