A Press Release from NCSD and Prevention Access Campaign 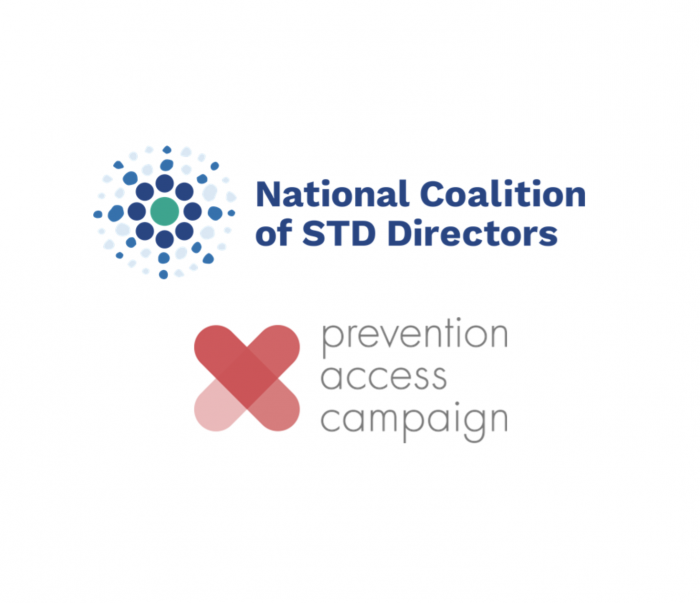 Washington, DC – The National Coalition of STD Directors (NCSD) and the Prevention Access Campaign (PAC) announced at the United States Conference on AIDS a joint advocacy initiative to elevate STD prevention and “Undetectable=Untransmittable” (U=U) as essential components of America’s effort to end the HIV epidemic.

In establishing the new partnership, NCSD formally endorsed PAC’s U=U campaign, acknowledging that people with HIV who are on treatment with an undetectable viral load cannot transmit the virus to sexual partners. And PAC’s leadership is recognizing the need to embrace STD prevention as a fundamental part of advancing sexual health and a prerequisite for ending HIV.

“To meet the full promise of U=U, the STD epidemic cannot be ignored,” said Murray Penner, PAC executive director of North America.  “Partnering with NCSD will offer new opportunities for advancing the shared goals of our organizations – including fighting stigma and engaging people in HIV, STD, and broader sexual health care.”

“Our collaboration acknowledges that for HIV and STD prevention, success against one requires action against both,” said David C. Harvey, NCSD executive director. “We can only eliminate HIV if we also reinforce the prevention of other STDs. And we have no choice but to overcome stigma as a central barrier to promoting sexual health and fighting both epidemics.”

STDs, now at all-time highs, are one of the underlying causes of new HIV infections – research shows that 10 percent of new HIV infections are caused by gonorrhea and chlamydia alone, and it is estimated that the risk of transmission from syphilis is even greater. And the same forces that drive HIV, including health disparities and stigma, also drive other STDs.  NCSD and PAC joining forces is a recognition that the STD and HIV epidemics are inextricably linked and that U=U works to increase access to treatment, prevent new transmissions, and reduce stigma.

“Reducing stigma, preventing new HIV, and improving access go hand-in-hand with what’s needed to bend the curve of the historic highs of STDs and we celebrate U=U as a generational advancement in the fight against HIV and STDs across the globe,” says Harvey.

“Stigma around sex, HIV, and STDs continues to be a destructive force, and will continue to stand in our way of an HIV-free world. U=U offers us a way forward. We are proud of our partnership with NCSD and hope other organizations will embrace this lifesaving movement,” says Penner.

NCSD is a national public health membership organization representing health department STD directors, their support staff, and community-based partners across 50 states, seven large cities, and eight US territories. Our mission is to advance effective STD prevention programs and services across the country. NCSD does this as the voice of our membership. We provide leadership, build capacity, convene partners, and advocate. Go to ncsddc.org for more information.

Prevention Access Campaign is a health equity initiative to end the dual epidemics of HIV and HIV-related stigma by empowering people with and affected by HIV with accurate and meaningful information about their social, sexual, and reproductive health. Prevention Access Campaign’s Undetectable = Untransmittable (U=U) is a growing global community of HIV advocates, activists, researchers, and over 900 Community Partners from nearly 100 countries uniting to clarify and disseminate the revolutionary but largely unknown fact that people with HIV on effective treatment cannot sexually transmit HIV. Go to preventionaccess.org for more information.