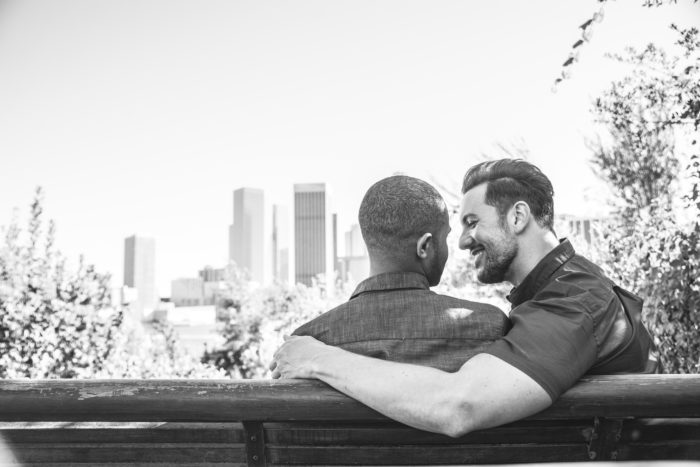 Though many sexually transmitted diseases (STDs) remain undiagnosed and unreported, 2016 was the third consecutive year in which national increases were seen in reported chlamydia, gonorrhea, and syphilis infections.  Gay, bisexual, and other men who have sex with men (MSM) are disproportionately impacted by these STDs.1 STD screening of MSM, specifically of the throat and rectum, needs to improve. This is a call to action for health departments and medical providers to normalize extragenital STD screening, also known as 3-site testing.

Total combined cases of chlamydia, gonorrhea, and syphilis reported in 2016 reached the highest number in 20 years – there were ~1.6 million chlamydia cases; 468,514 gonorrhea cases; and 27,814 primary and secondary (P&S) syphilis cases reported.  The largest increase in cases from 2015 to 2016 occurred in gonorrhea (18.5%), followed by P&S syphilis (17.6%) and chlamydia (4.7%).  MSM accounted for the majority of new P&S syphilis cases (80.6% of male cases with known gender of sex partner).  Data from the STD Surveillance Network (SSuN) also suggest gonorrhea rates have increased among MSM for the last five years. 1 Antibiotic-resistant gonorrhea is also a concern and may be increasing among MSM. Syphilis rates are at levels not seen since 1992 and disproportionately impact Black and Latino gay men. 1   Gay, bisexual, and other men who have sex with men (MSM) continue to face the highest rates of syphilis and HIV co-infection. 1

Scope of the Problem

It has been well established that urethra only screening for chlamydia and gonorrhea in MSM misses most infections.2,3,4,5,6  The U.S. Centers for Disease Control & Prevention (CDC) recommends screening sexually active MSM at least annually for urethral and rectal chlamydia and for urethral, rectal and pharyngeal gonorrhea.7  Unfortunately, nucleic acid amplification tests (NAATs) have not been cleared by the Food and Drug Administration (FDA) for the diagnosis of extragenital chlamydia or gonorrhea.  However, laboratories may validate their FDA-cleared NAATs for use on rectal and oropharyngeal specimens.8

In a national survey of US physicians, fewer than one-third routinely screened patients for STDs.9  In a large, urban HIV care clinic, extra-genital STD testing was low (29-32%) even though the frequency of syphilis testing was high (72%).10  HIV primary care providers lacked testing and treatment knowledge (25-32%) and cited lack of time (68%), discomfort with sexual history taking and genital exam (21%), and patient reluctance (39%) as barriers to increased STD testing.10  Even among STD clinics, extragenital STD screening was common, but many MSM were not tested.5

The Gay Men’s Health Equity Work Group offers these recommendations for extragenital STD screening to health departments, encouraging them to engage and collaborate with medical providers, laboratories, community-based organizations, and MSM themselves.

For resources to help implement these recommendations, please visit the NCSD extragenital webpage, which will be updated on an ongoing basis. NCSD and NASTAD and the National Network of STD Clinical Prevention Training Centers produced the MSM Sexual Health Standards of Care as a toolkit for providers to improve health services for gay, bisexual, and other MSM.

For full document and to view citations, click here.

All images were developed as a supplement to the Call-to-Action.  You can download all images and the full infographic above.

The Gay Men’s Health Equity Work Group (GMHE) is a collaboration of members from the National Coalition of STD Directors and NASTAD with expertise in the sexual health of gay, bisexual, and other men who have sex with men.