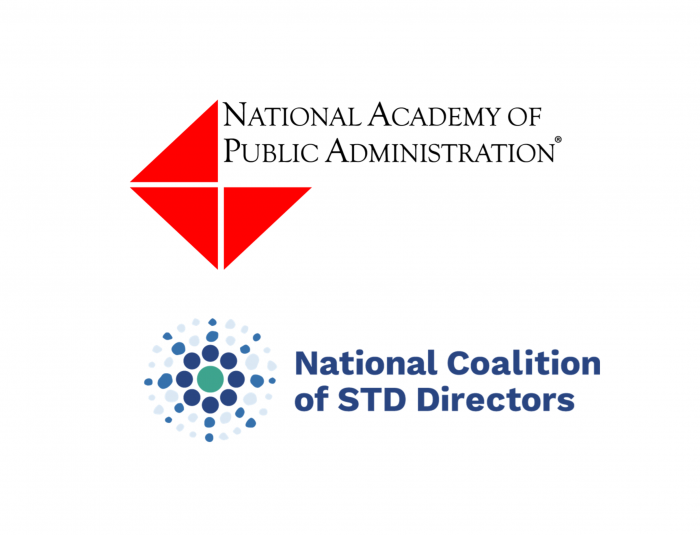 Washington, D.C. – A new report released by the National Academy of Public Administration (the Academy) calls for major reforms in how the U.S. funds and supports STD prevention and care in the midst of a growing public health crisis.

“The report provides a clear call to action and strategic recommendations to address the U.S. STD epidemic,” noted Georges C. Benjamin, MD, a fellow of the National Academy of Public Administration and chairman of the study committee that issued the report. Cases of STDs continue to rise in the U.S., with the Centers for Disease Control and Prevention reporting in October that combined syphilis, gonorrhea, and chlamydia cases reached an all-time high in 2018.

“The tragedy here is we have an infectious disease epidemic that we know how to diagnose, treat and prevent,” said Benjamin, who is executive director of the American Public Health Association. “It shows once again that we need significant improvements in our public health system to protect the public’s health.”

David C. Harvey, executive director of the National Coalition of STD Directors, thanked the Academy and the expert panel for “delivering a roadmap for fighting STDs in America” and called on leaders to take action.

“The experts have spoken: Government policy needs to allow greater flexibility in how funds can be used by cities and states to tailor responses to local needs,” Harvey said. “And, Congress and the states need to radically increase funding to bring this epidemic under control.”

“State and local communities know best what works in their communities. A one-size-fits-all approach by the federal government to STD prevention and services simply doesn’t work. We can and must do better,” Harvey added.

The Academy’s report, “The STD Epidemic in America: The Frontline Struggle” was independently commissioned by NCSD in 2019 and is Phase II of a two-part study. A release highlighting Part I can be found here.

The National Coalition of STD Directors is a national public health membership organization representing health department STD directors, their support staff, and community-based partners across 50 states, seven large cities, and five US territories. Our mission is to advance effective STD prevention programs and services across the country. NCSD does this as the voice of our membershAip. We provide leadership, build capacity, convene partners, and advocate. Go to ncsddc.org  for more information.

About the National Academy of Public Administration

The National Academy of Public Administration is an independent, non-profit, and non-partisan organization established in 1967 and chartered by Congress in 1984. It provides expert advice to government leaders in building more effective, efficient, accountable, and transparent organizations. To carry out this mission, the Academy draws on the knowledge and experience of its over 900 Fellows—including former cabinet officers, Members of Congress, governors, mayors, and state legislators, as well as prominent scholars, business executives, and public administrators. The Academy helps public institutions address their most critical governance and management challenges through in-depth studies and analyses, advisory services and technical assistance, congressional testimony, forums and conferences, and online stakeholder engagement. Learn more about the Academy and its work at www.NAPAwash.org.

The STD Epidemic in America: The Frontline Struggle