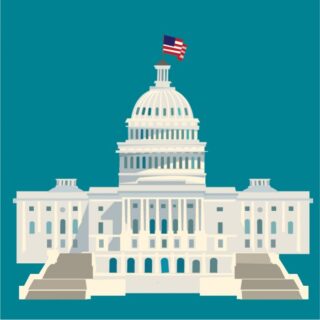 The House and Senate were in session this week, reached a comprise on the FY’23 omnibus appropriations bill, and passed a continuing resolution.

The calendar can be found here

The Democrats and Republican Senator Shelby have reached an agreement on a way forward on the FY’23 omnibus appropriations bill. Senate Appropriations Chair Leahy, House Chair DeLauro and Senate Appropriations Ranking Member Shelby announced the deal. House Appropriations ranking member Granger, R-Texas, didn’t take part in the announcement. House Republicans are opposed to passing a final spending bill until the GOP assumes House control in January, but Democrats have the votes to pass the bill without Republican support. The Committee plans to introduce the FY’23 omnibus package Monday afternoon. The Senate will take up the bill first.  Appropriations and other committee staff will spend the weekend drafting the final package. The bill will reject attempts by Democrats to end prohibitions on funding for abortion.

The Senate unanimously passed legislation to address national security concerns raised by widespread use of TikTok and banned the video-sharing app from all government-issued phones and other devices.  The bill now awaits House action and a Presidential signature.

This week, the Senate, by a vote of 83-11, passed the defense authorization bill. The House passed the bill on December 8. The bill is on the way to the President for signature.  When the President signs the bill, it will be the 62nd consecutive year that the policy bill has been enacted.  Armed Services Chair Reed noted that the bill is named after the committee’s top Republican, James M. Inhofe of Oklahoma, who is retiring this year.  With enactment of the bill, Washington will have authorized spending about $858 billion on defense programs, mostly at the Pentagon. The total amount of authorized funding would be about 10 percent higher than the FY’22 level.

This week President Biden signed the legislation into law.  The Act repeals the Defense of Marriage Act (DOMA) and requires the U.S. federal government to recognize the validity of same-sex and interracial marriages in the US.

Piercing or tattooing appears to be the vehicle that left 21 people infected with mpox virus (MPXV) after visiting the same tattoo parlor in Cadiz, Spain, during 2 weeks in July, according to report published in the New England Journal of Medicine. From July 6 to July 19, the parlor served 58 customers, and 21 of them (36%) became infected with the virus.

The U.S. Preventative Services Task Force is considering changing its recommendation for HIV (PrEP) to include a long-lasting injectable form in addition to a daily pill regimen — a step called for by patient advocates because some patients are less likely to stick to oral PrEP regimens. If implemented, the change could require insurers to cover injectable PrEP without cost-sharing. The draft recommendations can be found here

The largest antiabortion organization in Texas has created a team of advocates assigned to investigate citizens who might be distributing abortion pills illegally. Students for Life of America, a leading national antiabortion group, is making plans to systematically test the water Erin Brockovich-style in several large U.S. cities, searching for contaminants they say result from medication abortion.

Registered nurses in Montana should be allowed to provide abortions based on a state Supreme Court ruling that guarantees residents the right to get a legal abortion from a health care provider of the patient’s choice, an attorney for the Center for Reproductive Rights stated.

A report published today by the Commonwealth Fund finds that individuals giving birth and their babies in states that have recently restricted abortion access have dramatically higher death rates than those in states where abortion is easily accessed.  Between 2018 and 2020, death rates for women of reproductive age were 34 percent higher in abortion-restriction states. New research released Wednesday adds to a growing body of evidence showing a link between more restrictive abortion policies and higher rates of maternal and infant mortality.

The White House announced the relaunch of free COVID home testing program as part of preparations for a wintertime surge of cases. The administration suspended the program in September after distributing 600 million tests. Households can obtain four free at-home tests, which will be mailed for starting the week of Dec. 19. White House sources say that the US Post Office will start accepting requests for free COVID tests on Thursday, Dec. 15.  The tests can be ordered here.