Skip to main content
> News & Announcements > We Can Do Better as Educators and Clinicians: Part I
Blog

We Can Do Better as Educators and Clinicians: Part I 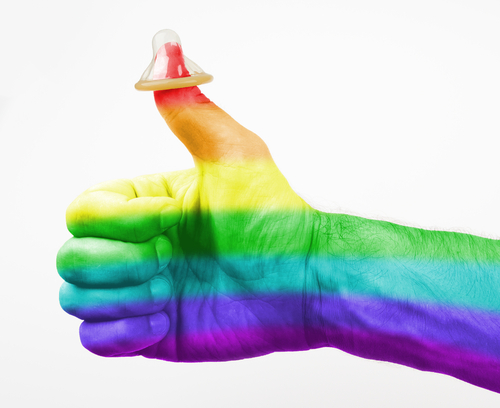 We are failing our young adults, and all sexually active folks but young adults, specifically. Seems an alarmist statement, and that’s because I am alarmed. Let me expound.

STD rates are rising, across most infections, and some infections that were once thought virtually extinct have made a sizeable and detrimental come-back. Being STD educators and practitioners, I don’t have to elaborate on why that should generate a cause for concern. What I don’t think we’re acknowledging is that we are partially responsible for these numbers. We are not effectively reducing STD rates, because we are not effectively tackling the one of the main issues: stigma.

The awareness campaigns I’ve seen for the past few years’ STD Awareness Month focus on testing and treatment. While we need those things, no one is going to get tested or treated if we don’t work toward reducing the utter terror that comes along with receiving an STD diagnosis. If people continue to be petrified of the outcome of testing, then they will continue to avoid testing altogether. If people remain unaware of how likely it is that they will contract an infection, upon being sexually active, then they will never believe it is a realistic concern. If we continue to tell people what they should be doing with their bodies, while also using absolute language like all, always and never, then our listeners will continue to turn off and see our messages as the authoritative, stuffy, irrelevant PSAs that they are. Let’s do better.

We should be talking about STDs like we do the flu.

While I know we often support the idea that sexual health does not mean or require someone to be free of infection, we don’t do a sufficient job of communicating this to our constituents. We refrain from telling people how likely it is that they will contract an infection (some curable, some not) over the course of their sexually active lives, and although not preferable, it is a likelihood that if accepted and understood could be looked at thoughtfully instead of with terror. If they thought it was likely, someone would be more apt to get tested and then treated, because it was probably going to happen, so why not get it taken care of right away. If we’re effective, eventually we’ll have to change the conversation, because STDs will be less likely, but until that’s the case, there’s no crime in telling people the reality. It is not intended to frighten, but to make aware and to help people accept the outcome when/if it happens to them. Part of the terror in contracting an STD is that they believe they are alone and a naughty, dirty subset of society, and we know that isn’t the case. Let’s make sure they know that too – before contracting the infection.

We should be talking about STDs like we do the flu – sure, the flu is not ideal, and it can have dire consequences, but we’re not afraid of going to the doctor and getting our symptoms diagnosed, because we know everyone gets the flu occasionally and it doesn’t make us irresponsible. We need to emphasize how common an STD is and how it has nothing to do with hygiene, irresponsibility, promiscuity, or other misconceptions. Those should be the messages we plaster on billboards. Once we have effectively communicated those ideas, then we can move on to encouraging testing and treatment.

Authored by Jenelle Marie Pierce is the Founder of TheSTDProject.com. – a multi-award-winning independent website and progressive movement eradicating STI stigma by facilitating awareness, education, and acceptance through story-telling and resource recommendations. Jenelle is also the Spokesperson for PositiveSingles.com, a Hepatitis C Expert for HepatitisC.net, and an adjunct professor at Grand Rapids Community College.

This is Part One of a two part series by Jenelle on stigma and how we talk about sexual health. For Part 2, click here.

Disclaimer: The views and opinions expressed in this blog are those of the author(s) and do necessarily reflect the position of the National Coalition of STD Directors (NCSD). Any medical advice contained herein should not be used to substitute for sound medical guidance. Please talk to your health care provider before making any medical decisions.

Where to find NCSD at USCHA