Working to address the needs of gay men and provide culturally competent resources for providers. 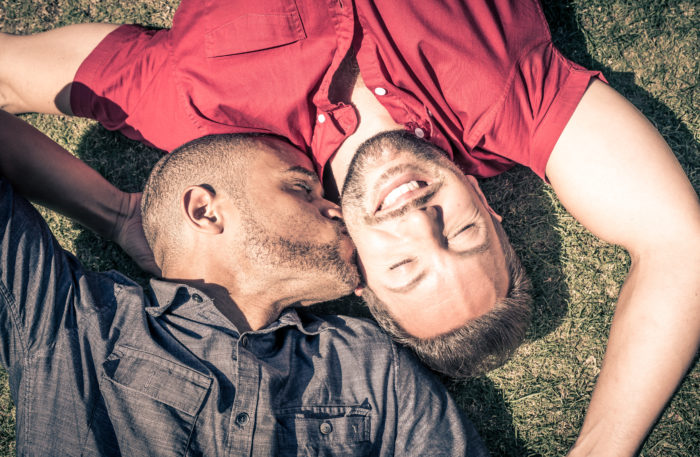 Gay Men’s sexual health is a priority for NCSD. There is a burgeoning sexual health crisis among gay men and other men who have sex with men (MSM).  NCSD has worked closely with our partners, including NASTAD and the Gay Men’s Health Equity Workgroup, a blue ribbon panel of experts from the field, to develop meaningful resources for gay men and those that provide health services for them.

The 75-minute webinar includes health department representatives from Alaska, Tennessee, and Maricopa County, Arizona. Each jurisdiction shared their strategies, successes, and challenges in incorporating extra-genital STD screening in clinics and in non-traditional settings.

Additional tools and publications can be found in the resource section of this page.

Building Healthy Online Communities (BHOC), of which NCSD is a founding member, seeks to improve HIV and STD prevention on dating sites and apps. BHOC worked closely with Daddyhunt to create a story line for the second season of their hit webseries about gay men’s health, which reached millions.  In the second season of this series, the characters make choices about condoms and PrEP.

In addition, BHOC and Daddyhunt created five public service announcements (PSA) that feature the cast of this webseries talking about about PrEP, three-site, periodic STD testing, condoms, having an undetectable viral load, and making informed choices. These PSAs will link to gettested.cdc.gov and preplocator.org.

The ability to meet partners online may be relatively new, but the belief that we need to acknowledge the reality of individual’s lives has always been a strong principal of public health. That’s why it’s particularly important that entities in public health leverage the reach and resources of our partners in the private sector.  Through public-private partnerships such as our collaboration with Daddyhunt, we can leverage their capacity to reach gay men at a level that is very difficult for public health to accomplish on its own.

NCSD is proud to be part of this partnership to apply sound public health practice in new and innovative ways.

Click here to read more about the BHOC/Daddyhunt Collaboration.

Here’s one of the great PSAs from this partnership.